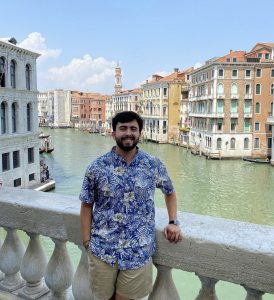 Testimony: “I was raised in a family six with three sisters and no brothers. Growing up, I found many close friends either in the school hallways or on the baseball diamond. However, I was not very successful in finding a good group of guys who believed in Jesus. So, Alpha Gamma Omega has definitely been a refuge for me and has allowed me to not only make, but grow with friends who share my same faith and convictions. As a transfer student, I stumbled upon AGO and believe that I was meant to find this community for growth and accountability.” 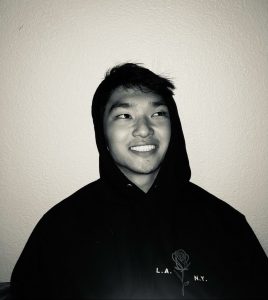 TESTIMONY: “I joined AGO originally for the fellowship and people. AGO has been a breath of fresh air, especially after Covid. All of the brothers are very cool, driven, and love Jesus. AGO has really been a place of growth and learning through brotherhood, love, and faith.” 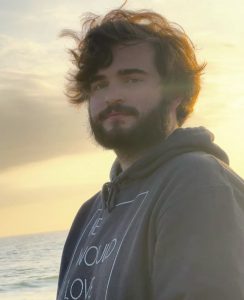 HOBBIES: Jonathan enjoys cooking and indie video game design. He loves to experiment with new recipes that challenge my skills and get me to try new cuisine that He hasn’t tried before. He enjoys branching out creatively and attempting to create his own stories and share his perspectives through the medium of video games.

TESTIMONY: “I decided to join AGO because when I first arrived at UCLA I had a difficult time finding people I connected with on a deep level. The closeness of the brotherhood and the amazing sense of community that comes with living together with the common purpose to share Christ’s love to those around us convinced me that I wanted to be a part of this brotherhood. From the first day I showed up at the house to today, I know that I can count on my brothers to hold me accountable to the goals I have and that I can be there for them during their times of need.” 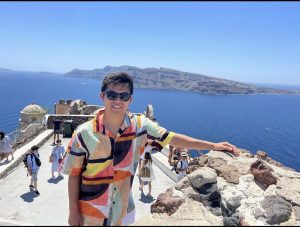 TESTIMONY: “Like many others here, I came into UCLA not knowing many people and Christians in general. AGO stood out to me because everyone here is actively pursuing God and in unity, despite differences in interests and personalities. I joined because I was eager to grow and have a fun time to make the most out of college life! I was a bit hesitant to join at first, knowing the time commitments and general reputation of frats, but eventually I grew to love this place and count the AGO house as my secondary home. AGO has taught me so much about leadership, diversity, Christ-like attitude and many other things that might have taken several more years to learn and experience had I stayed in the dorms and settled for a stagnant spiritual life.” 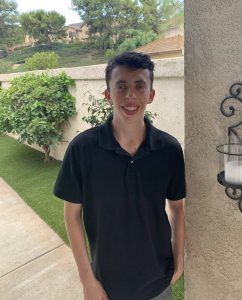 HOBBIES: When not pursuing a career in fraud investigation, Taylor trains in Brazilian Jiu-Jitsu, hikes, and volunteers with a marine life and maritime history education institution.

TESTIMONY: “I joined AGO to strengthen my faith and connect/serve the campus community from a Christian perspective.” 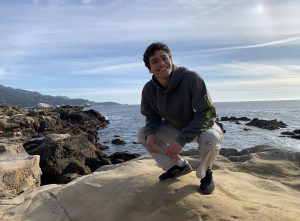 TESTIMONY: “After being invited by a friend, I joined the fraternity because I wanted a Christian brotherhood to support me”